Vivo India is all set to launch the Vivo V20 smartphone in the country. The Chinese phone maker hasn't revealed the launch date, but it is expected to happen soon. Additionally, the phone has been teased online through a teaser page listed on Flipkart. As the handset is teased on Flipkart, it is believed that the phone will be retailed in the country via an e-commerce giant. It is important to note that the phone maker revealed the Vivo V20 in the European market earlier this month. Now, the smartphone is ready to hit the Indian shores. Vivo V20 SE With Snapdragon 665 SoC & Triple Rear Cameras Launched; Check Prices, Features, Variants & Specifications.

The company has already listed full specifications, features and other key details of the phone on its global website. As a reminder, specifications and prices of the handset were kept under wraps even after the unveiling event. But, the company has now revealed them ahead of its India launch.

The new #vivoV20 is so slim that your pockets will have space left to spare. Destined to #DelightEveryMoment, #ComingSoon. #vivoV20Series pic.twitter.com/N8bKFWmQVE 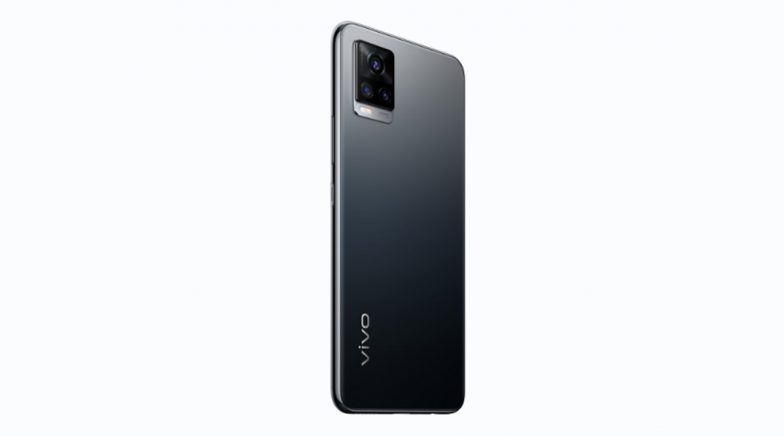 Talking about the specifications, the Vivo V20 smartphone will sport a 6.44-inch FHD+ AMOLED display with a resolution of 1,080x2,400 pixels. Under the hood, there will be an octa-core Snapdragon 720G chipset from Snapdragon. The processor comes mated to an 8GB of RAM and 128GB of internal storage. There's also a provision to expand the memory via microSD card. It runs on Funtouch OS11 based on Android 11.

Coming to the camera department, the Vivo V20 gets a triple rear camera setup with a rectangular-shaped module. It houses a 64MP primary shooter with an f/1.89 lens assisted by an 8MP secondary shooter and a 2MP monochrome sensor with an f/2.4 lens. At the front, there is a 44MP sensor positioned in the waterdrop notch for selfies and video calling.