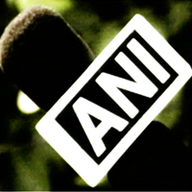 Islamabad [Pakistan], November 16 (ANI): Amid the growing protest over the emerging election results of the Gilgit Baltistan region, Pakistan Prime Minister Imran Khan on Monday announced a ban on rallies and gatherings.

Addressing the country following a meeting of the National Coordination Committee (NCC) on the coronavirus, Imran Khan announced a ban on gatherings and rallies -- particularly ahead of the campaigns during the Gilgit Baltistan polls, Geo News reported.

"We reviewed the rising cases of the COVID-19 and the second wave -- which is being experienced in the entire world, especially Europe and America, where cases are rising rapidly and even more than there were before," Imran Khan said, Geo News quoted.

As the results were seen favouring Imran Khan-led Pakistan Tehreek-e-Insaf (PTI) in the illegally occupied Gilgit Baltistan, the major political parties have hit the streets claiming the polls are rigged.

The elections were held on Sunday in Gilgit Baltistan in 24 constituencies of the Legislative Assembly. Khan's PTI won eight seats while PPP three seats and independent candidates seven, according to unofficial results

PPP chairman Bilawal Bhutto Zardari alleged rigging in three constituencies. Addressing a sit-in in Gilgit, he said rigging was made to snatch the mandate of PPP in Gilgit 1, Ghizer 3 and a constituency in Skardu.

Earlier in a tweet, Bilawal Zardari said that the legislative assembly election in Gilgit-Baltistan "has been stolen" and that he will be shortly joining a protest in the region.

"My election has been stolen. I will be joining the people of Gilgit-Baltistan in their protest shortly," Bilawal tweeted.

India has slammed Islamabad for its decision to hold elections in the illegally occupied region of Gilgit-Baltistan, saying that any action to alter the status of the region has no legal basis. (ANI)