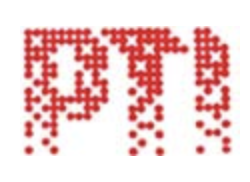 The Indian Army released videos showing the damage to Pakistani infrastructure along the LoC including several ammunition dumps, FOL dumps and multiple terrorists' launch pads. The number of casualties on the Pakistani side was not immediately known.

The Indian troops retaliated strongly causing casualties and substantial damage to Pakistan Army's infrastructure across the LoC, he said.

Two civilians were killed in Kamalkote sector, also in Uri, while a woman was killed in Balkote area in Haji Peer sector, the officials added.

They said apart from various places in Uri, the ceasefire violations were reported from Izmarg in Gurez sector of Bandipora district and Keran sector of Kupwara district.

A defence official in Jammu said Pakistani troops violated ceasefire twice in Poonch district. 'Around 1345 and 1445 hours today, Pakistani army initiated unprovoked ceasefire violation by firing with small arms and shelling with mortars along LoC in sector in Sawjian in Poonch,' he said, adding Indian troops retaliated in a befitting manner.

Earlier, Col Kalia said the Army foiled an infiltration bid, which was aided by the ceasefire violation, along the LoC in the Keran sector.

'Suspicious movement was observed by our troops at the forward posts along the LoC in Keran sector (in north Kashmir's Kupwara district) today. The suspected infiltration bid was foiled by alert troops,' he said, adding.

This was the second infiltration attempt within a week. The earlier unsuccessful bid in Machil sector during the intervening night of November 7- 8 was foiled in which three militants were killed.

Three Army soldiers, including a Captain, and a BSF jawan also lost their lives during the operation.

In New Delhi, BSF officials said SI Rakesh Doval, 39, deployed at the force's artillery battery at the LoC in Baramulla was killed after he sustained head injury in the firing around 1315 hours.

Constable Vasu Raja sustained splinter injuries on his arms and cheeks. He was deployed at the same forward defended location, they said, adding the constable is stable.

Almost all BSF units along the LoC are facing heaving firing since morning and an effective retaliation by the troops, artillery regiment and support weapons has been mounted, a senior officer of the force said.

The BSF works under the operational command of the Army at the LoC.

'The Sub Inspector has made supreme sacrifice in line of duty while facing heavy ceasefire violation from the enemy. The sub-officer was a resident of Rishikesh in Uttarakhand and joined the border force in 2004,' the officer said.

Doval is survived by his father, wife and a nine-year-old daughter, he said. PTI SSB MIJ NES AB ZMN