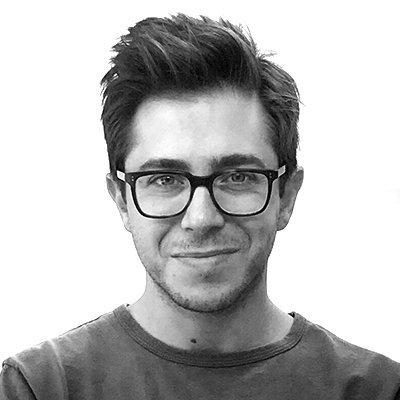 LOS ANGELES — Amid all of the outrage over the Trump administration’s separation of more than 2,300 migrant children from their parents to advance its immigration agenda on Capitol Hill, it may seem crass to focus on the political implications of what has become a humanitarian crisis.

But like it or not, the 2018 midterm elections are less than five months away. Democrats are already plotting about how to motivate and mobilize the 66 percent of voters who oppose Trump’s “zero tolerance” policy. Republicans are scrambling to minimize the fallout — including Trump, who caved to enormous pressure Wednesday by signing an executive order instructing officials to detain parents and children together. Politics, in other words, will define what happens next.

And nowhere is this truer than in Southern California.

In the wake of the chaotic statewide primary election June 5, the plight of migrant families has emerged as the first flash point of a fall campaign that could determine control of the House of Representatives. (Nationwide, Democrats need to pick up 23 seats for a majority.) At stake in California are seven GOP-held congressional districts won by Hillary Clinton in 2016, all of which now rank among the Democratic Party’s top targets of 2018. Four of these districts are located in the southernmost part of the state, where they overlap, to varying degrees, with Orange County — a longtime conservative stronghold that also flipped to Clinton after trending increasingly Democratic in recent years. And while some experts feared that a glut of Democrats would split the primary vote and fail to advance to the general election — in California’s unusual “jungle primary” system, the top two finishers proceed regardless of party affiliation — the party escaped that fate and will have a candidate on the ballot in each of the districts.

In California’s 49th congressional district, on the coast north of San Diego, Board of Equalization member Diane Harkey is taking the Republican baton from retiring Rep. Darrell Issa; her opponent will be environmental lawyer Mike Levin, a polished, well-funded candidate who received endorsements from more than half a dozen members of Congress and several progressive groups.

In the 39th District, which stretches inland from Fullerton and where Rep. Ed Royce is also retiring, Royce protégé Young Kim will face off against Gil Cisneros, a Navy veteran who became a philanthropist in 2010 after winning $266 million in the lottery.

Meanwhile, in the 48th District, a wealthy slice of suburban Orange County shoreline where the last primary votes are still being tallied, controversial Republican Rep. Dana Rohrabacher (aka “Putin’s favorite congressman”) will have to fend off either stem cell pioneer Hans Keirstead or real estate entrepreneur Harley Rouda — two of the Democratic Party’s top 2018 recruits.

In previous cycles, Democrats were doomed to defeat in Orange County. Their standard bearers were, for the most part, sacrificial lambs who simply couldn’t compete with the region’s powerful Republican machine; they typically lost by double-digit margins. This year will be different. Due to diversifying demographics, declining GOP registration and Trump’s difficulties appealing to college-educated suburbanites, Democrats outperformed their 2016 primary results countywide: by 9 percentage points in CA-49, 6 percentage points in CA-48 and 11 percentage points in both CA-38 and CA-45. The expert handicappers at the Cook Political Report currently rate one of these races as Lean Republican (CA-45), two as tossups (CA-39, CA-48), and one as Lean Democratic (CA-49).

Orange County is, in short, one of the most politically volatile environments in the country right now — and in recent days the forced-family-separation issue has detonated there like a bomb. All five Democratic candidates have spoken out forcefully against the administration’s approach. “These are the sounds of @realDonaldTrump‘s immigration policy at work,” tweeted Katie Porter, along with a link to audio recorded at a detention center. “The cries of these children ripped from the arms of their parents — it breaks my heart,” Porter continued. “This. Must. Stop.” “Doesn’t matter who you vote for,” added Hans Keirstead. “We should all be able to agree that #FamilySeparation is morally indefensible & goes against everything we value as Americans.” “Where do you stand on decency?” asked Harley Rouda, tagging @DanaRohrabacher,@MimiWaltersCA, @RepEdRoyce and @DarrellIssa. At the same time, a group of Democratic congress members followed House Minority Leader Nancy Pelosi to a San Diego detention center Monday — an implicit acknowledgment of the key roles that Democrats expect both the region and the controversy to play in this year’s midterms.

“It’s a heartbreaking, barbaric issue that could be changed in a moment by the president of the United States rescinding his action,” Pelosi said at a press event. “It so challenges the conscience of our country that it must be changed, and it must be changed immediately.”

On Wednesday Trump signed an executive order purporting to stop family separations going forward, but its full effect was uncertain even a day later. The order does nothing, for instance, to reunite the thousands of families that have already been torn apart by the administration — meaning that the crisis is far from over.

Orange County Republicans, for their part, have attempted to avoid the issue. Neither of the retiring congressmen (Issa or Royce) has said anything about family separation; both the Republicans running to replace them, Diane Harkey and Young Kim, have kept quiet as well. (Yahoo News repeatedly reached out to Harkey, Kim and Dana Rohrabacher for comment, but none responded.) Only Mimi Walters has been willing to weigh in — and even then, she declined to support any specific legislative solution.

“As a mother, I strongly oppose the separation of children from their parents at the border,” Walters tweeted Tuesday, two months after the policy was first implemented. “This action does not reflect our Nation’s values and I will support efforts to stop this practice. We can strengthen our borders while keeping families together.”

The reticence among local Republicans is telling; there may be no better place to measure the political ramifications of the forced separation crisis than Orange County. While moderate overall, the four county districts are also demographically diverse — and the groups that define the area’s diversity are precisely the ones least inclined to look kindly on a party that stood by while Trump broke up immigrant families, particularly Latino ones.

In 1980, roughly 285,000 Latinos lived in Orange County (about 15 percent of the total population). As of 2014, that number had grown to more than 1 million (or 34 percent of the total population). Today, some central Orange County cities, such as Santa Ana, are almost entirely Latino, and Latinos are expected to surpass non-Latino whites as the county’s largest group by 2027.

In recent years, the local Asian population has surged as well. The result is a region that’s much more reliant on immigrants than it was in Ronald Reagan’s day.

At the same time, the white voters who still make up a plurality of Orange County’s electorate are, for the most part, a particular breed: wealthier and more educated than average. Nationwide, only about 5 percent of American households make more than $150,000 a year; in Orange County, that number is 20 percent. And while 59 percent of Americans have completed some college or more, in Orange County the number is 67 percent. If you could isolate the county’s non-Latino whites, who tend to cluster in its upscale coastal enclaves, these percentages would almost certainly be higher.

Orange County’s independent population is growing as well. In the mid-1990s, registered Republicans outnumbered Democrats by 52 percent to 32 percent. But since then, droves of former Republicans have defected to the “no party preference” category, shrinking the GOP’s share of the county electorate to about 36.5 percent — only about 2.7 percentage points more than the Democrats’.

These largely white, largely affluent, largely college-educated and largely suburban voters used to be a source of strength for Republicans. But in 2016, Trump underperformed among white college graduates, and even lost college women to Clinton by 7 percentage points.

And as it turns out, the groups that rejected Trump in 2016 — and reside disproportionately in Orange County — are the same groups now telling pollsters that they reject what his administration has done to migrant families. According to a new Quinnipiac survey, two-thirds of all voters oppose the forced separation policy. Among independents, that number grew slightly to 68 percent; among Latinos, it skyrocketed to 80 percent. Meanwhile, among whites, opinions shift drastically depending on educational attainment. Whites without a college degree oppose the policy by a 15-point margin (52 percent to 37 percent) — while whites with a college degree oppose it by 42 percentage points (68 percent to 26 percent).

Whether family separation becomes a defining issue in November remains to be seen. But Democrats in California insist that the effects of Trump’s self-generated crisis will outlast the policy itself. Noting that Republicans had hoped to motivate their base by railing against the state’s sanctuary movement — which has seen various jurisdictions push back on Trump’s aggressive immigration agenda by directing state or local police not to assist federal enforcement efforts — operatives argue that family separation has now forced the GOP to play defense, not offense, on immigration. And they believe — or hope — that even after the heartbreaking headlines subside, and even after Republicans try to put the issue behind them, Orange County’s evolving electorate will not forget that most of their GOP congressional candidates refused to speak out when it mattered most.

“Republicans are stuck between a rock and a hard place, in that they’re trying to satiate their base and trying to win a moderate district at the same time,” says one Democratic strategist involved in the California campaigns. “So it’s like, ‘Cool, you say you oppose the policy now. But why not just get a Democrat in the seat who can actually act as a check on Trump the next time he does something like this?’ If you don’t like these half measures, Democrats are the alternative.”